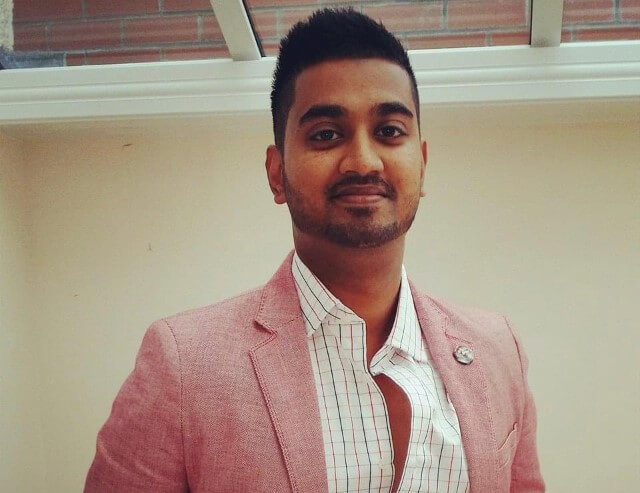 Shakil found several various positions through Cardiff Works, each of them giving him the tools and skills to successfully apply and gain a permanent position with Cardiff Council.

After signing up Shakil found the process very straightforward and easy. The arrangements were made for him to take assessment tests for basic English, maths and telephony and once they were complete, he was ready to look for work.

“Unlike some agencies, Cardiff Works was extremely good at responding to any queries or questions I had which was a huge bonus. Once I was registered, it wasn’t long before the first opportunity arose, and I was able to start within a week so the whole process was very streamlined and efficient.”

Shakil has had 4 or 5 placements since he originally joined Cardiff Works and each role has been different and varied, giving him a good experience of working within Cardiff Council. Shakil secured a permanent role through his initial temporary role via Cardiff Works. He then took another job outside of the council for a few years but decided to return and again went through Cardiff Works, where he and was able to get another temporary role very quickly which later enabled him to secure another permanent role within Cardiff Council.

One of those roles was as a Land Management Officer and some of the skills Shakil learnt were time management and the ability to juggle numerous different projects at the same time. Shakil also worked as a Project Officer where he used the skills, he had acquired in his first role.

“I liked that every day wasn’t the same and each day I dealt with a new query and had to find ways of dealing with that query in an appropriate way, so problem solving was another key still I learnt.

I feel both positions gave me the tools and skills for me to successfully apply and gain a permanent position with the council.”

“I would highly recommend Cardiff Works to anyone who wishes to try and secure a temporary or permanent role within the Council. Cardiff Works also provides a lot of support for interviews and application guidance and as an agency, I can honestly say it’s one of the best I have dealt with.”

After Jake was made redundant, he didn’t know where to turn. Luckily, he applied for a temporary role via Cardiff Works. The team coached him through the process of securing work, even when he almost lost hope.

Emily left college not really knowing what sector she wanted to work in but found her way into a Business Support Role through an initial temporary role via Cardiff Works.

When Martin was unsuccessful first time through Cardiff Works, he was motivated by a member of the recruitment team to try again.

Jennifer has been working for Cardiff Council for 6 years, after signing up to Cardiff Works for a temporary role in 2016.

When Kate moved to Cardiff and was looking for work, she applied for a 3-month placement with Cardiff Works

Register with us today